Twenty five years ago, ETESIA made its entry into the world of green spaces. It was in 1989 and the concept was a revolutionary one - the first ride-on mower with direct ejection and integrated collection, the Hydro 100. This new concept made a strong impact on the mower market and rapidly became standard-setter. The fact that after over 15 years of exclusivity, ETESIA's main competitors have now adopted an equivalent system is a sign of how far ahead of the game we were.

Today, ETESIA boasts one of the best networks of green space maintenance equipment specialists in Europe; it has become a key supplier of local authorities and landscape gardeners throughout Europe, whilst acquiring an exceptional international dimension with operations in over 30 countries spread over five continents.

The particularity of ETESIA also lies in its origins and size. ETESIA is the only French manufacturer of ride-on mowers. We are an SME from Alsace with a workforce of 130, whilst our competitors are enormous Japanese and American multinational corporations. Despite the fierce competition, 25 years after its birth, our company continues to be a major player in its market.

The secret behind that sucess? Lasting values - a passion for people and technical innovation at the service of high-performance machines and the wellbeing of individuals and their environment.

ETESIA belongs to the OUTILS WOLF group, which is known for its fifty years' experience in the world of gardening. ETESIA is specialised in the design, manufacturing and marketing of professional equipment for green space maintenance.

Our reputation for excellence in lawn mowing performance has been supported by each of our product families and the qualities of ruggedness, reliability, user-friendliness and innovation have become synonymous with ETESIA.

A vision of the future

Those are the values on which ETESIA has built its vision for the future - innovation and a commitment to improvement are the guiding lights of our strategy. That is why, in 2008, ETESIA won the INPI Innovation Trophy in the Alsace Region and secured ISO 9001: 2008 certification.

But ETESIA is not resting on its laurels - now more than ever, it aims to set the standards in the green space market in the areas of innovation and high performance. 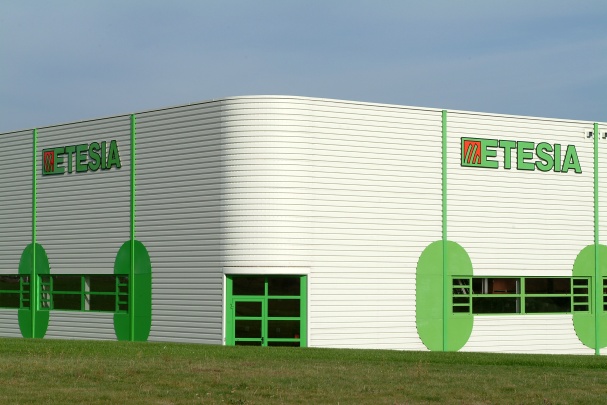 ETESIA's philosophy is to place individuals at the centre of its concerns. By protecting the environment thanks to the Bio Concept described earlier, by developing safe, user-friendly machines and above all by bringing together employees who have a passion for their work. If there is a secret behind ETESIA's success, it is passion and nothing else - that of ETESIA's employees for what they do, because they do it wholeheartedly and to the highest professionals standards.

Our presence around the world

*Prices are pre-tax. They exclude delivery charges and customs duties and do not include additional charges for installation or activation options. Prices are indicative only and may vary by country, with changes to the cost of raw materials and exchange rates.
Compare
Remove all
Compare up to 10 products